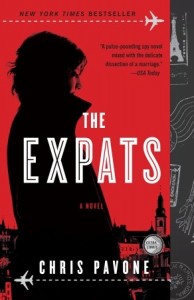 The foundation of a good marriage is communication.  This means not telling lies and not keeping secrets.  My marriage counselor gave the above advice and said that under no circumstances are you allowed to keep secrets or lie to your spouse except when it involves giving a gift.

The marriage counselor is a retired Army chaplain.  How can an soldier be expected to not tell lies?  I have yet to figure this out.  There are certain jobs in the military where the spouse cannot discuss work related information because it is labelled classified, secret, and top secret.  Do you just say to the spouse that asks, "what went on at work today?", "oh nothing dear" or do you tell a lie?

When your spouse has to go in for surgery how much do you tell your first line?  Do you lie?  Do you keep it a secret?  Or do you explain in detail what the surgery involves?  My husband and I had to deal with this particular issue when emergency surgery happened this past summer.  Work and home life collided.  My husband was given a direct order by a doctor that out ranked his first line to stay at home with me.  I really didn't want my spouse divulging to the first line what had to be done as I know for a fact that a secret involving home life cannot be kept at his work place.

When a soldier goes on a mission the spouse that is left behind usually has to keep secret the flight dates, places of  training and what the mission statement is if they are allowed to even have any of this information.  Almost always this is when the soldier's parents or spouse's parents decide to call and ask to speak to the soldier, Murphy's Law applies here.  So when I was told that I'm not supposed to lie by the chaplain because it can wreck the foundation of the family that is often a support system I had to laugh.  Yes, there are some secrets that must be kept.

The hardest secrets to keep are the ones that the soldiers carry around as a burden of their jobs.  The secrets of what went on while on the missions.  They aren't allowed to open up about the missions until they are debriefed and the information is no longer classified.  Again my thoughts run to what the chaplain said and I think to myself has this man ever had to go on a mission that was a "you'll know where you are going when you are half way there and briefed"?  Well meaning though the chaplain was I think that there are times that secrets should be kept.


This post was inspired by mystery thriller novel The Expats by Chris Pavone. Kate Moore happily sheds her old life become a stay at home mom when her husband takes a job in Europe. As she attempts to reinvent herself, she ends up chasing her evasive husband's secrets. Join From Left to Write on January 22 as we discuss The Expats As a member, I received a copy of the book for review purposes.
Posted by Rebecca at 1:06 PM

Email ThisBlogThis!Share to TwitterShare to FacebookShare to Pinterest
Labels: Army Wife, Chris Pavone, From Left To Write, The Expats 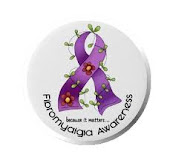